Вот нашла:
The story goes as a Detective Inspector Kate Burrows, is put onto a brutal rape-murder case. A man named George Markham was seemingly an ordinary married man with a job and a home, however he is the culprit, having a sick obsession with bondage and sexual attacks on women he buys adult magazines and even went as far as ordering in Illegal video tapes of sexual attacks on women. He preys on several different victims the first being a married woman of a man he knows one evening. It is a really gripping plot and story line. 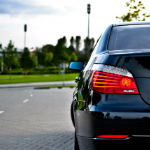